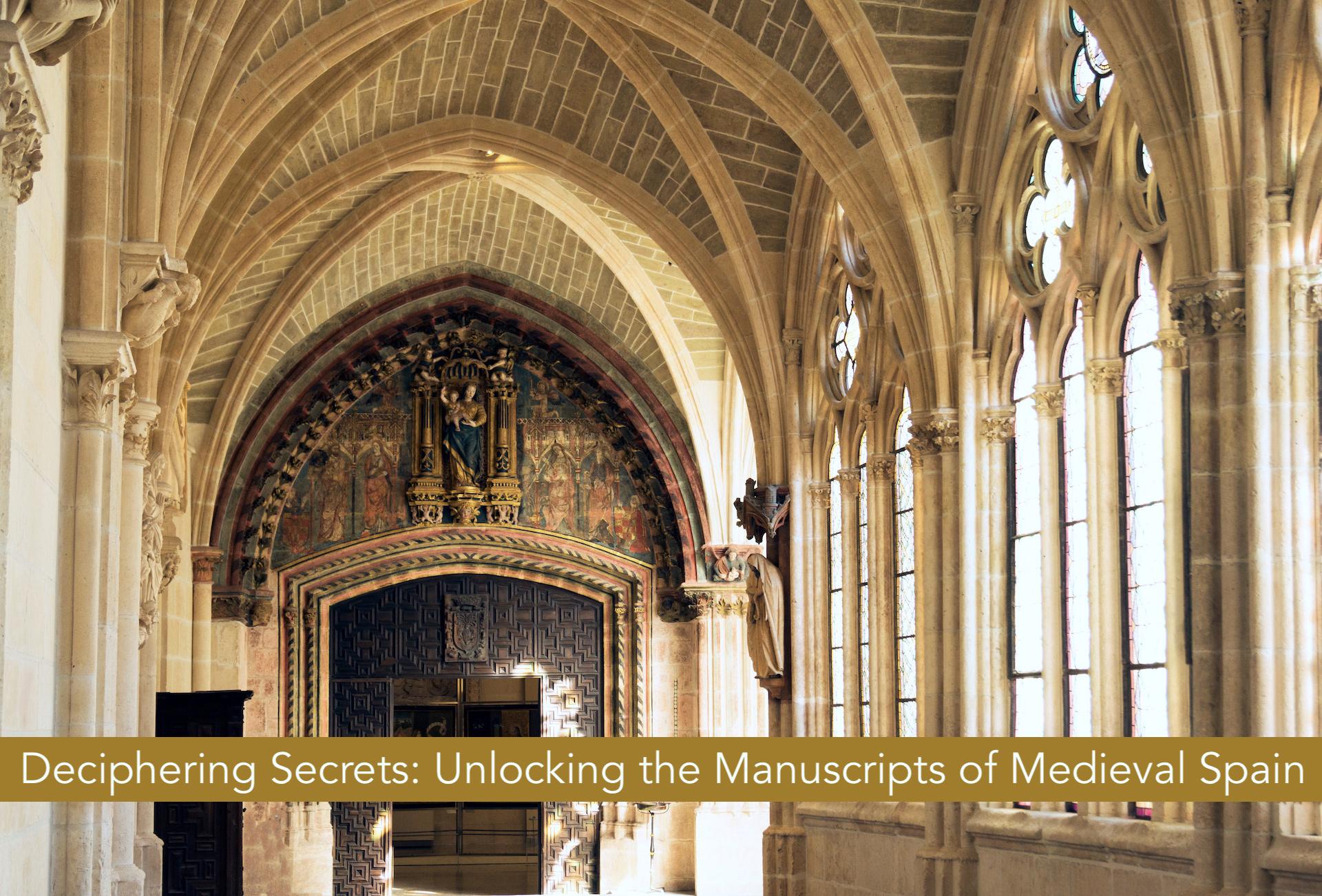 Deciphering Secrets: Unlocking the Manuscripts of Medieval Spain is a collaborative citizen science project focused on revealing the inter-religious relations of Jews, Christians, Muslims, and religious converts during the 12th through 16th centuries in late medieval and early modern Spain. This project portal, directed to the public and scholars alike, offers access to: (1) the Deciphering Secrets: Medieval Spanish Manuscript and Transcription Collection, (2) Spanish paleography and historical resources that

Since 2014, Prof. Dr. Roger L. Martínez-Dávila has delivered a series of Massive Open Online Courses (MOOCs) via the University of Colorado-Coursera.org and Universidad Carlos III de Madrid-edX.org that have reached almost 50,000 global learners in 140 nations who have studied the history of Spain (al-Andalus, Sepharad), mastered basic medieval paleography, and assisted in the transcription of manuscripts. Deciphering Secrets continues its transcription efforts via coursera.org MOOCs and an upcoming 2022 crowdsourcing Zooniverse initiative under aegis of the National Endowment for the Humanities’ Building Capable Communities for Crowdsourced Transcription Institute.

The culmination of the Deciphering Secrets project, developed in collaboration with Ms. Mary Rupp and the UCCS University Archive, is the creation of a scholarly-curated digital manuscript and transcription collection. It is a developing digital compilation of over 4,700 individual ecclesiastical, royal, municipal, and familial folios and transcriptions that focus exclusively on Jewish, Christian, and Muslim relations. Among the principle contributions of the collection is that it offers digital access to manuscripts that are otherwise inaccessible unless a researcher travels to view these physical manuscripts on site in Spain. The collection also responds to the larger issue of the limitations of existing archival indices that were primarily created for administrative and not scholarly purposes such as the study of inter-religious history. The collection is special as it assembles and describes church, municipal, and royal records from the cities of Burgos, Toledo, Plasencia, and Granada (14th-16th centuries). These particular city centers were important communities where significant historical events were either directed or occurred.

Scholarly Innovation and Significance of the Collection

Among the innovations of the Deciphering Secrets manuscript and transcription digital archive is its framing of collection descriptors (Dublin Core Metadata Schema) through the lens of Spanish Jewish, Christian, and Muslim economic, social, religious, and political relationships during the Middle Ages. The collection’s contents uniquely focus on manuscripts that record interfaith economic transactions that detail property leases, sales, individual and communal agreements, and other routine dealings documenting payment for services or religious poll taxes. At this time, there is no other collection that specifically examines this inter-religious dynamic.

The contributions of the ongoing initiative are realized through four components:

3. Peer-reviewed published research on the effectiveness of digital paleographical instruction and research findings derived from our manuscripts, and

Peer-Reviewed Research
and Publications / Other Findings

Deciphering Secrets is a non-profit, educational, and research effort guided by Dr. Martínez-Dávila. Dr. Martinez and his colleagues are pleased to share these materials via Creative Commons license (CC BY-NC-ND 4.0).

The images and materials in this manuscript collection are either within the public domain or published with verbal and/or written permission from the copyright holders.

Special thanks to the tens of thousands of citizen scientist volunteers who have participated in our MOOCs, as well as the following colleagues: